The mountain is over 4000 metres high, so you have to be lucky to have a clear view (or to see it at all) without clouds which cover it most of the year.

I did not expect much when we set off to Zermatt – a beautiful small village just under Matterhorn which was a bit ignorant considering its reputationJ. You can only get there via train since car traffic is banned from this little mountain gem. Prices are extortionate aiming at well-heeled tourists flooding Zermatt all year long for hiking or skiing. But it is worth it.

After arrival, we soon realised that we were going to have perfect weather most of the day as we could not see a single cloud. And there it was – a magnificent view of the beautiful Matterhorn.

We decided to go for a hike called “5-See Wander”, which can be translated as a “hike along 5 lakes”. It was just beautiful! You can see the perfect weather in the pictures and even the temperature was very pleasant considering the altitude, hovering around 20 degrees Celsius.

I hope you will also get lucky when you decide to try this hike. A friend of mine whom I recommended this hike went the week after and even though it was in the middle of summer, it snowed and she did not even see the mountain through all the clouds. My advice is do not give up and come again! It is worth it. Good luck 😉 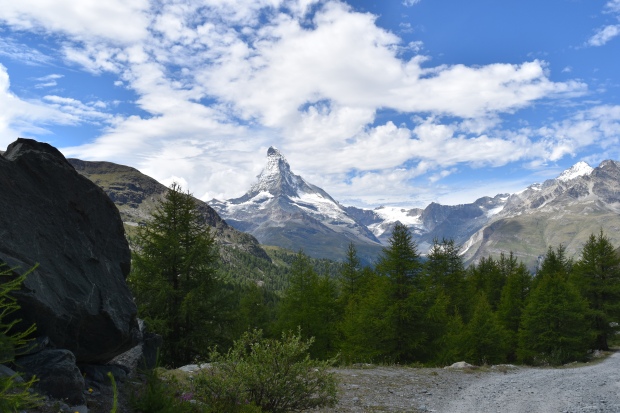 Above desert oasis of Huacachina. Climbing up the huge dune I burnt my feet but what a reward we got-the view was amazing and this experience comes definitely only once in a lifetime 🌟 I love deserts, they are so peaceful and you feel like the world is a calm place which you have only for yourself 🌴
After a year of not posting, I decided to use this place to bring myself over to this incredible and peaceful place in the desert of Huacachina in Peru. We spent a night in the oasis camp and it couldn’t have been more dreamy ❤️
On top of Ibiza town 🌟the island stole my heart with its beauty! I didn’t expect those sandy beaches and beautiful architecture inspired by Middle East but there it was - all around me💦 have you been there?! or did you also know Ibiza only as a party place?
Found one of the best views in Switzerland!!! Just hiking in a small village, got lost for a while and wuua! Stumbled upon this beauty 😍 As said in the (not so famous) quote: “Life is a climb but the view is great” 😊 Do you agree? Do you enjoy life’s views? 👌🏻
Good morning Milan! Waking up to this view can’t really put you in a bad mood even though it was raining on us over the whole weekend 🙈such an unusual weather for our regular trips to Italy but what can we do? Also, how insane is this room from @hemeras_hbh? #idreaminhemeras
Life in Africa might not always be easy but is always colourful and fascinating 🌟